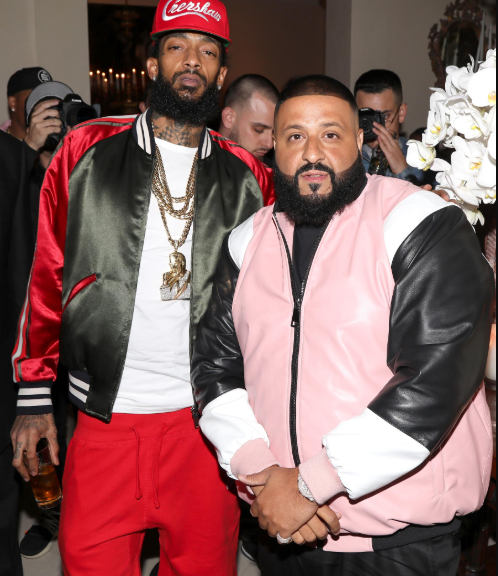 DJ Khaled has decided to honour slain
rapper Nipsey Hussle by donating all the proceeds from their collaboration to Nipsey’s kids.
Khaled is releasing his highly anticipated 11th studio album “Father of Asahd”. Before Nipsey’s untimely death, he and Khaled were in the studio to record their collaborative track “Higher”.
On Wednesday, Khaled took to Instagram to share his thoughts about the track and revealed that 100% of the proceeds from the song would go to Nipsey’s two kids Kross Asghedom and Emani Asghedom.

A gift from my brother Nipsey that we want to share with the world. We miss you and we will forever keep your legacy going. The Marathon Continues. 🏁💙 God Bless You. 🙏🏽🤲🏽